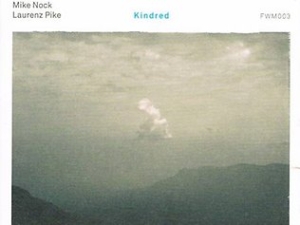 Two generations of Australian music come together in the music of Mike Nock and Laurence Pike as heard on Kindred the latest release from FWM records. Ethereal, inventive, humorous, and atmospheric: these are postcards from a shared journey between two distinct voices in Australian music.

Kindred documents some of Nock’s most vital and inventive playing to date, delicately underpinned by Pike’s singular approach to the drum kit.

‘These 2011 sessions were conceived as music-making without a safety net, and it’s clear that Nock and Pike—separated by nearly 40 years—didn’t need one.’

Read the full review by John Kelman at AllAboutJazz.com (US)

John McBeath in The Australian

These have ranged from solo piano, including classical works, to working with many different groups and orchestras.

Nock’s latest album is the slightly unorthodox duo combination of piano and drums, in a totally improvised performance. Laurenz Pike’s drumkit abandons a solely rhythmic responsibility and becomes an instrument for percussive ornamentation and near melodic contributions of accents, conjunctions and punctuation.

This collection won’t appeal to everyone — some might prefer a bass to have been included — but the concept is minimalist, allowing maximum tonal freedom, and Nock utilises this independence. The title track is representative of the session as with drum accents the piano paints a musical abstraction of thoughtful, classically referenced passages, pausing for sensitive percussive responses.

At one point the harmonic progression leads quite naturally, if unexpectedly, into quotes from the traditional Irish folk song, Believe Me If All Those Endearing Young Charms. Unpredictable variety reigns throughout: All Most Blues uses an altered blues riff to push into new explorations, while Sleepwalking features a dreamy, wandering high treble against deeply murky bass chords and shimmering cymbals.