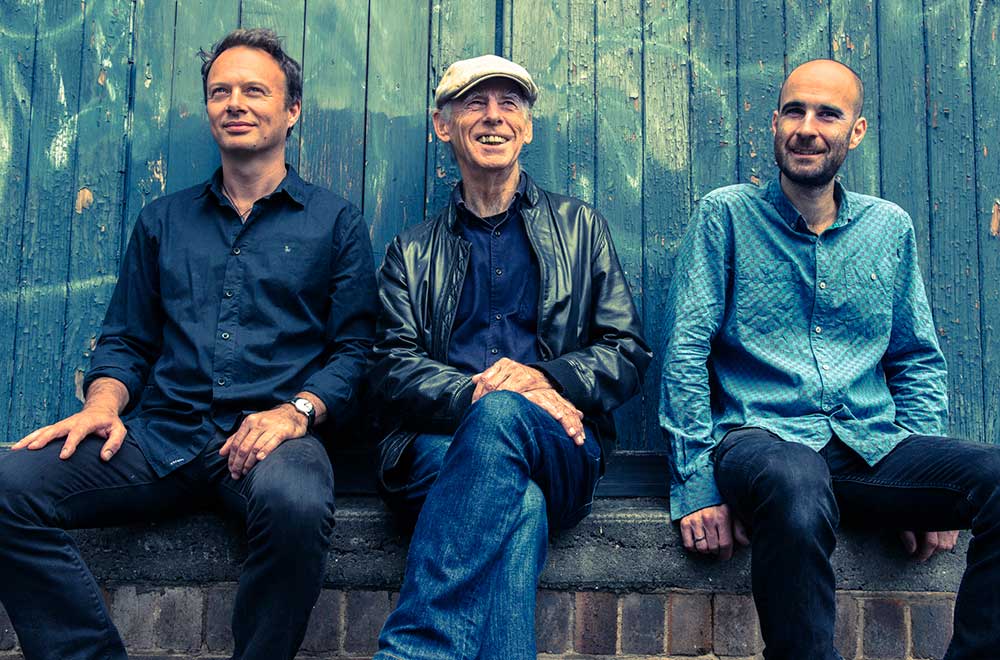 Since his first recordings with the Three-out Trio in 1960-61, Pianist/composer Mike Nock has remained at the forefront of Australasian Jazz, continuing to attract critical acclaim and delight audiences worldwide. His extensive background in a variety of genres with many of the world’s top musicians (from Johnny O’Keefe to Dionne Warwick, Lionel Hampton, Michael Brecker etc.) give his live performances a rarely heard breadth and depth. Returning to Australia in 1985 after 25 years in the USA, Mike is now recognised as one of the greats of Australian Jazz. He has returned to his original trio format several times in his lengthy career to record some outstanding examples of the genre. (Ondas, Not We But One, Beautiful Friendship, Between or Beyond, Changing Seasons, An Accumulation of Subtleties)

From the Foundry 616 event blurb: “… another exceptional night as Mike and his trio unveil a swag of dynamic new compositions, combining acoustic and electric sounds in some truly exciting and creative ways. Mike has long been known for pioneering the use of electronics in jazz, notably with his US Quartet The Fourth Way. Come and experience the concepts that Mike has been exploring for decades and enjoy in his own words “something old, something new, something blue”.

The Mike Nock Trio, with bassist Brett Hirst and drummer James Waples, is widely regarded as one of the top modern jazz groups in Australia. The trio’s unique sound includes jazz standards plus Mike’s original compositions, reflecting his wide experience in the top echelon of international jazz performance.”
Their next release will be featuring their new electro/acoustic music. 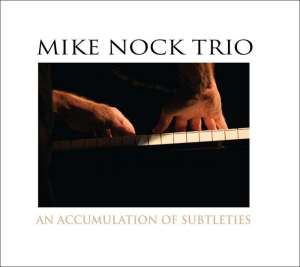 An Accumulation of Subtleties features two CDs (One live at Sydney’s Sound Lounge and one at the Opera House Studio).

“The evening featured pianist Mike Nock leading a superb trio with Ben Waples on bass and brother James Waples on drums. This was the trio’s debut public performance, though Nock has played individually with each of the brothers for several years. There is no doubt that Nock is in his prime, and it was a privilege to watch him interact and be inspired by his empathetic colleagues with such obvious delight. ” Review of Stonnington Jazz Festival, May 2008

“…a well rounded pianism that draws from a multiplicity of sources, a writing style that combines powerful lyricism with abstract impressionism and a reverential but still distinctive sense of tradition demonstrates why Nock is one of Jazz’s best kept secrets” – All About Jazz, April 24, 2006. Website:www.allaboutjazz.com

From Lucky Oceans on The Daily Planet on ABC Radio National (no longer broadcast but still some great web content) “Sometimes robust, at times very delicate, beautifully structured, yet sometimes very improvisatory, this very conversational music is informed by its leader’s vast experience, the sensitivity of his colleagues & their open-ness to musics, plural, not just to ‘jazz’.” 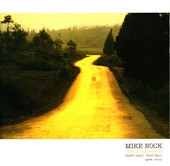 “There are some musicians that one returns to repeatedly, as antidotes to the brutal gimmickiness of so much of the aural environment. One such is Mike Nock, who, whenever I listen to his work always and unexpectedly surpasses the anticipation. There is no mystery why this is so, Nock is the most musical pianist currently working in the jazz field. This is ensemble playing of real distinction… but ultimately it is Nock’s superlative musicianship that animates the material, and inspires his collaborators. I love this album. You will too.” – Chris Dench, Music Forum, June 2003

“They play with an intensity which, while compelling, does not distract from one’s wonder at how simple they make the complex seem. It is a session that after hours of listening still offers previously missed revelations, nuances and reflections.” – Michael Foster, Canberra Times, March 10, 2003