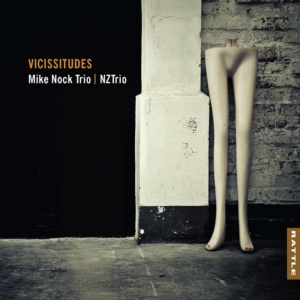 Vicissitudes  came  about  after  Festival Director Philip Tremewan suggested I write a  piece  for  the  people  of  Christchurch after their devastating earthquake. The  idea  was to somehow combine the disparate worlds of jazz and classical music  to show  the  resilience of the human  spirit when  faced with   seemingly overwhelming obstacles.

I  decided on  a  set  of  variations to explore  the contrast between the  classically honed sensibilities of  NZTrio  with  the  more unpredictable approach of  my jazz trio, setting-up  tensions throughout  the  piece  that  are  finally (and  exuberantly)  resolved  in  the  last  variation.

This  recording  includes some group improvisations  from  the session, plus  a  solo piece (El Testamen De Amelia)  recorded several years ago at  the Sydney Opera House studio.